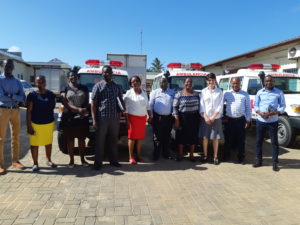 The project staff of Mozambique Canada Maternal Health Project in Inhambane overjoyed at the arrival of the ambulances, which will be a critical component in reducing maternal child mortality. 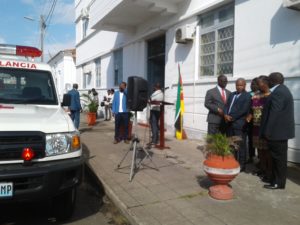 Representatives from leadership structures – provincial and district – who were on hand  as part of the ceremony of 3 ambulances being delivered to 3 districts where the Mozambique Canada Maternal Health Project has concentrated programming support for women and child health. 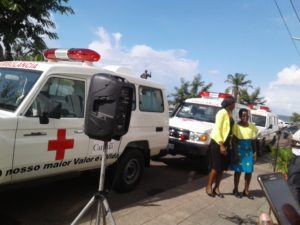 See the Canadian Insignia on the back door drivers side – the partnership that has been developed Mozambique-Canada.

The  Governor of the Province of Inhambane highly praised the Mozambique-Canada Maternal Health Project, with many thanks to the Mozambique Canada partnership.

HAPPY HOLIDAYS, that the year 2019 brings us better opportunities for success and progress in our Project work”