Near Miss Approach in Mozambique

What separates mothers who die from those who survive? A near-miss approach in Mozambique 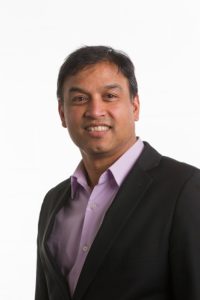 What if we can tackle the wicked problem of too many mums dying when giving birth, in sub-Saharan Africa, by focusing not on deaths but on survival?

Imagine this exchange between a husband and health worker somewhere in a rural village in southern part of Mozambique.

Husband: When is my wife coming home to look after her family? She has been gone <to the local health post> for several days now!

Health worker: Oh, she will be coming home soon! But you almost lost her. She was very sick when she went to the Health Post. She was very lucky to survive. To come home…with a healthy baby!

This exchange could have easily gone the other way: when the health worker, or a family member or a friend, has to tell the husband and family that they had just lost his wife, their mother, daughter or daughter in law. Never to see her again.

In narrowly avoiding death, our imaginary mother became what researchers call a “near miss”—a woman who nearly dies because of complications of pregnancy or birth. While the study of maternal death has long been a public health priority, researchers are increasingly studying near misses. We hope this research will complement our larger project where we work in rural communities and in the health care system in Inhambane.

We know that maternal mortality is ‘the tip of the iceberg.’ Women who nearly die but survive are much more common, and their needs are not being addressed. Some studies have shown that for every woman who dies, there are likely 4-5 women who narrowly avoid death because of a timely and effective intervention. These interventions almost always occur in clinics and hospitals; medical interventions are what prevent crises from becoming deaths. However, we know very little about what made a difference in any individual case; or, from a public health perspective, what patterns are identifiable of ‘causes’ of near-miss in a population of mothers remain a mystery.

Near-miss research aims to solve this mystery. The circumstances and events that lead to a near-miss resemble those that end in a death. A woman in a life-threatening condition will become either a maternal near-miss or a maternal death; the distance between the two has been called “a thin line.”

Numbers for near-miss cases also can serve as “proxy indicators” for maternal mortality, which is likely underestimated because up to one in two women in some rural parts of Mozambique give birth without medically trained attendants, and deaths at home often go unreported. Because near misses occur in clinics and hospitals, however, researchers could count them all.

WHO has this to say about near-misses worldwide: that clinics and hospitals track and analyze maternal near misses, determine what might prevent them, make changes and then repeat the cycle.

We are working with a group of medical leaders in Inhambane, Mozambique to kick-start this cycle–to reduce maternal deaths by focusing on those who survive.