We Have a New Director! 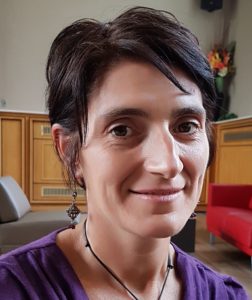 The Mozambique-Canada Maternal Health Project is pleased to announce that we will have a new director beginning June 1, 2018.  Jessie Forsyth takes over from Denise Kouri, who will be stepping back to a support role. Jessie worked with the project last year as Gender Specialist, and has experience living and working in Mozambique, with the former THRP and with CUSO. She speaks Portuguese fluently.

Jessie holds a PhD in English and Cultural Studies with a concurrent graduate diploma in Gender Studies and Feminist Research (McMaster University, 2015). Her dissertation, entitled “Cross-Epistemological Feminist Conversations Between Indigenous Canada and South Africa,” draws post-apartheid South African women’s literature into conversation with Indigenous women’s literature in Canada to imagine ethically transformative modes of working across epistemological, embodied, and socio-political productions of ‘difference.’  Further to her academic interest in gender, voice, relationship, and social justice, Jessie has been working with the partner communities in this project – both currently and as a part of a previous UofS project (THRP) – in support of community-based health and organizing that focuses on women’s empowerment. She has lived and worked in Mozambique for over 7 years and has worked with women’s organizations at both national and local levels on women’s health and rights, particularly in relation to labour, HIV/AIDS, and gender-based violence.

Jessie will be co-directing the project with Principal Investigator Nazeem Muhajarine, in the position of Canadian Project Director. Former director Denise Kouri, who resigned the position as planned, one year after launching the new project in 2017, welcomed the new Director. “I have been happy to be able to contribute to the new proposal and foster its development and initiation. I feel comfortable in stepping back because I know the project is in capable hands with the strong Mozambique and Canadian teams. I am very happy Jessie has accepted to take over as Canadian Project Director. She brings a strong skill set, as well as shared values about the importance of women’s empowerment and of close collaboration with Mozambique.”

Jessie’s arrival will bring another positive change for the project – she will spend most of her time in Mozambique, enabling her to provide better support and direction.

Principal Investigator Nazeem Muhajarine also expressed the importance of what Jessie will bring to the project. “Jessie’s experience in Mozambique and her knowledge in gender analysis and considerations will serve us well as we move forward over the next four years. Our project is complex and multi-dimensional. We need effective and collaborative management and leadership. It is also wonderful to have a strong woman at the helm.” 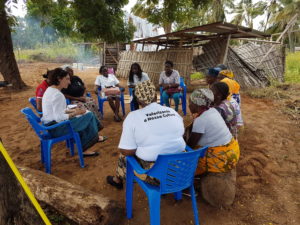 Learn more about Jessie below, as she is interviewed by Don Kossick:

Question: Jessie, you have been appointed the new Canadian Project Director of the Mozambique-Canada Maternal Health Project. What does that mean to you?

I am really excited about it. I am honoured to be moving into this role, and to be working with all the people who have been involved for so long both on the Mozambique side and the Canada side of the project — to be able to play a larger role in seeing how we can consolidate a lot of the work that this comes from, and keep moving it in the best directions possible. I am aware that there will be ongoing challenges – including in ways I do not anticipate. But I am really looking forward to the whole experience.

Question: You have spent part of your life already in Mozambique – what attributes do you believe you bring to this position?

I think that this opportunity opens up an ideal place to be right now. I have spent a lot of my time professionally and personally working in Canada and within Mozambique, thinking about ways of working collaboratively, for transformation, despite all the barriers to deep social change. My academic background focusses on ethical modes of working across the many types of distances and differences that this project brings together. In previous projects in Mozambique I worked with a series of different groups, all around women’s rights – improving health and wellbeing in some way, with an emphasis on improving gender equality – and I know how hard those processes are. After that I returned to an academic space in pursuing a Doctorate that I thought was important for reflecting on all the experiences I had gathered, in Mozambique and elsewhere. I have also spent time in Kenya and am privileged to have important links there too. I felt it important to think about all that I have learnt from others and done with others – to reflect on or refresh my ideas about how to engage meaningfully for social justice.

I think it is so important for Canadians to continue to cultivate understandings about the world outside of Canada – not as a place, or as a series of places, that are only ever conceived of as different from here, but also not as places that are only understandable in comparison to here. There’s a real danger in thinking of all places and experiences as fundamentally the same or comparable, and not developing any critical capacity for engaging with the differences or the power structures that condition those differences. I believe that learning relationships across borders and spaces are both crucially important and deeply complicated. So I would really like people to find ways to engage with the project – and the learning that comes out of a project like this. And, see the work as relevant to, without being directly reflected in, their own lives. It is not something sensational or exotic, or so removed from peoples’ experiences here that it cannot make sense to them. It is something that people can learn from, and learn to reflect on in their own lives. I think that is the key thing for cross-distance kinds of experiences and learning.

Question: Last year, you were gender specialist with the project and now you are the overall project director – is there a direct link there?

It is a women’s health project – women’s sexual, reproductive and maternal health – and it deals with health from a community perspective, as well as a health services and  clinical perspective. But what really brings all of that together is a shared concern with how gender affects people’s experience of health, people’s access to heath, people’s ideas of health, and ways of providing health care and being well. Working to improve gender relations is a key part of this project, trying to support women in their struggles for equality, in their struggles to be heard and respected in decisions about health and, in this case, about sexual health, pregnancy, and birthing especially. So yes, I see a strong link here.

Question: What is your vision of what can be done?

In the shorter term, what I’d like to see is for the group of people involved in the work to explore all of their, our, capacities to the fullest. The first thing I hope for as a project is that we can come together in an even richer way than we are now, so all the different parts and people can really see and engage with one another in the best way. This will allow the different parts of the project to become more productively inter linked, strengthening one another and leading to even more exciting and more effective kinds of activities.

The longer term would be to see these synergies move out from the project to all the 20 communities we work with and the different health centres where we work – there are 5 hospitals, numerous smaller health posts, many different practitioners, health managers, community members, and others. What I would like to see is for all the people involved to become more galvanized in key ways so that women’s and girls’ sexual and reproductive rights and health can be significantly improved. That means seeing ways in which women’s and girls’ empowerment is acknowledged, supported, respected, taken seriously as a priority in the health system, as something that is required for the reduction of maternal mortality. And to see sparks in all of these areas of intervention, and ideas and projects that come out of this. And, fundamentally, to see people being supported in the work they do, and encouraged to take things on that inspire change.